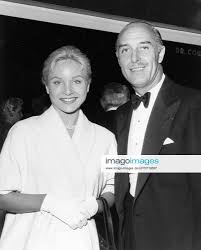 Born “on the wrong side of the blanket,” Gully was the first child of the second Viscount Selby and his paramour, Dorothy Grey. “The fact that I was a love child is a technicality,” he insisted. “My parents married as soon as my father’s divorce became final.

It’s almost midsummer. Therefore, time to poke through the Vanity Fair archives, looking for tales of Louche Angeles.  The late Richard Gully was the perfect Louche Angeleno. I adore Brits in Hollywood.

Gully witnessed the most interesting moments in 20th Century History. As he told Amy Fine Collins, he saw the end of the Edwardian Empire, enjoyed Berlin before Hitler’s rise, hung out in Mexico City with European emigres,  stormed Omaha Beach on D-Day, befriended West Coast gangsters like Bugsey Siegel, lived with Elsie DeWolfe, and became Jack Warner’s fixer. He saw it all. He remarked that until 1960 Los Angeles was a sinkhole of corruption: “Burton Fitts,” said Gully, “who was the D.A. during the same period, fixed everything. An example: in the early 30s, L. B. Mayer ran over a man and killed him.” Talent agent and “glorified companion” Frank Orsatti took the rap for L.B. They switched seats so it looked like it was Orsatti’s fault.” Orsatti, an ex-bootlegger, “stayed in jail for a year.”

At the end of Gully’s life, he spilled all the tea. He died at age 93, but failed to finish his memoirs. They would have been juicy reading. He knew the film colony’s every secret. “Danny Kaye was mean, a horror. He mistreated his wife, Sylvia Fine, who wrote his material. His love affair with Olivier, the coldest man I ever met, was so tacky,” he told Fine Collins.

We use cookies on our website to give you the most relevant experience by remembering your preferences and repeat visits. By clicking “Accept All”, you consent to the use of ALL the cookies. However, you may visit "Cookie Settings" to provide a controlled consent.
Cookie SettingsAccept All
Manage consent

This website uses cookies to improve your experience while you navigate through the website. Out of these, the cookies that are categorized as necessary are stored on your browser as they are essential for the working of basic functionalities of the website. We also use third-party cookies that help us analyze and understand how you use this website. These cookies will be stored in your browser only with your consent. You also have the option to opt-out of these cookies. But opting out of some of these cookies may affect your browsing experience.
Necessary Always Enabled
Necessary cookies are absolutely essential for the website to function properly. These cookies ensure basic functionalities and security features of the website, anonymously.
Functional
Functional cookies help to perform certain functionalities like sharing the content of the website on social media platforms, collect feedbacks, and other third-party features.
Performance
Performance cookies are used to understand and analyze the key performance indexes of the website which helps in delivering a better user experience for the visitors.
Analytics
Analytical cookies are used to understand how visitors interact with the website. These cookies help provide information on metrics the number of visitors, bounce rate, traffic source, etc.
Advertisement
Advertisement cookies are used to provide visitors with relevant ads and marketing campaigns. These cookies track visitors across websites and collect information to provide customized ads.
Others
Other uncategorized cookies are those that are being analyzed and have not been classified into a category as yet.
SAVE & ACCEPT